The PAA originated from a recognised need for support and industry development for the broader profession in Australia. From where we sit now, it’s easy to forget that in the early 2000’s the Pilates industry was not yet a mainstream exercise modality like it is today. We were on the cusp of a massive growth phase.

The APMA had already been formed and I was a member, however as an organisation the APMA’s focus was on building and recognising APMA education and wasn’t including other training courses in the marketplace.

The initial meeting of the founding members of the PAA were a very broad group, who met at my PilatesInt Studio on Level 4, 61 Marlborough St Surry Hills. We may have been somewhat naïve about what we were getting into in terms of workload and expectations, but we all knew that we had to start to structure support and standards for the profession in order to move from a hobby style industry to a profession with recognition. Bear in mind that the incredible Deborah Lessen and Balanced Body had just led the global industry through an extensive lawsuit, resulting in Pilates being found to be a generic term and the industry now able to promote themselves under the Pilates method banner.

At the time there were boutique studios starting to open at a steady rate but Pilates was still fairly unknown in the general population in Australia. We all used to work on our ‘party speech’ .. you know, when someone asked “what do you do?” We’d reply “ I teach Pilates.” Blank stare. And then the one dreaded line that required ‘the speech” – “What’s Pilates?” (IYKYK)

Todays younger teachers would probably also find this alarming, but at that time we were still advertising in papers and magazines! There was a fair bit of interest from the media at the time to explore this exercise ‘fad’ that the celebrities were doing – which was how a lot of people got to hear about Pilates then. “That exercise that Madonna does”, was a constant phrase. She really did bring a lot of attention to the method back then. I had been working with Body Arts & Science International (BASI) for many years before returning home to Australia full-time and starting to settle into my profession here. I was in the US with BASI over the end of the 1990’s and had been hearing and seeing a lot to do with the lawsuit which was finalised in 2000. It was a real turning point for the global profession. I had then attended the inaugural PMA Meeting in Miami Florida, which was extraordinary. Most of the elders attended and were given unlimited opportunity to talk about their life in Pilates, with Joe and Clara, with each other, and anything else. It was an epic meeting. I also met exceptional people who had by then, and have since, contributed so much to the industry. I started to think deeply about how our profession was positioned toward recognition and longevity.

It was from 2000 that I established my own company, Pilates International, in Australia. The relevance of that being, that all these things were happening at the same time. The lawsuit was over, I was involved with the PMA and starting to work with Deborah Lessen and the other PMA founders, and I realised that I wanted to move to providing education that was formally recognised by government so that we could guarantee an enduring outcome. So I began to build a training program that could be recognised in perpetuity. All these elements put my focus firmly on professional industry peak body needs, and were factors in my personal interest in helping to found the PAA as a resource and support body for our profession.

I actually can’t speak for others as to why they were so invested at that time, other than to say that I know the whole group who were there and who helped to found the association, all felt that we needed to be more cohesive and inclusive, and that we needed to set professional standards for Pilates teachers, studios and training. My memory is of a time that we all felt quite isolated from each other and wanted to create a community as much as a professional industry, and I do believe we all wanted to learn from each other. I know I did. I have a very strong memory on the day of Marda Willey being there – incredible teacher and one of the most valuable personalities that in my mind helped shape the association. Marda (VP) was very smart about decisions we needed to make, was never afraid to say what needed to be said or identify what needed more thinking about – she was always the pillar of reasoning for me during my terms as President.

Over my time we undertook major work included setting up membership structure and levels; supporting the implementation of the first RTO’s and accredited courses in the industry; lobbying for benefits and achieving health fund provider rebates; establishing a continuing education process (formerly CECs that became PDPs) and much promotion and communication to support this work. There was a lot of the bones of the PAA that was our work at that time. We also undertook a large scale consultation process with Deloittes toward the positioning of the Pilates profession for future recognition, which was enlightening and productive.

We didn’t run a conference event in the early years but rather incorporated the support of CEP programs run by our community into the structures of the PAA. I believe it was 2011 that PAA took over the Mind Your Body conference from myself, Helen Tardent and Genia Lifschitz who had built and run the event until passing it to the PAA.

It is very difficult to say who specifically did what in the early PAA years as we all really worked hard together. Each of the committee members were outstanding and gave so much to this industry that goes unheard a lot of the time, but to make mention of a few – Catherine Giannitto, and Polestar Pilates both here and internationally, always put time, effort and money into industry development. Cat and I have known each other and worked together extensively over the years and she is a great force for good in our industry. Despite owning different organisations in the same market, we have relied on each others counsel at many stages and remain great friends. Karen Beattie was also instrumental in the work of the PAA from it’s inception. Karen had been teaching Pilates a long time by then, having trained firstly with Alan Menezes before finding Megan Williams, who’s studios she then taught in for many years. She had also been working extensively in the VET industry and we relied heavily on Karen’s expertise in the early years of PAA. Having someone who knew professional practices, regulation and compliance so well and was also a long term Pilates instructor, was a rarity and a godsend. Karen did a quick stint as President in the middle of my terms, but from memory I think was too busy then to stay in the role. Which brings me to the next President, Lanette Gavran who followed me into the role. Lanette had already done a long tenure as Education Councillor from 2007, and prior to that had worked with boards for the Fitness and Recreation industry in Canberra. She brought much insight into board activities and also, following in Kristy Wetherell’s brilliant footsteps, developed a very broad and well functioning CECs support structure. Having Lanette bring her  experience and insights into the Presidents role made it an easy transition for me to handover the reins.

The PAA committee members year-to-year did a lot of work on setting basic industry standards and bringing to light the ways in which a profession operates. Everyone on the committee during my time were very valuable to the association. No matter how much or how little time each person could give, it was a time when having everyone’s voice in the conversations was so important in order to set the structures that we could build on with a long term focus.

As I say above, we all worked hard together and it is difficult to mention everyone’s achievements, but the unsung heroes of any industry association I think are the Treasurers and Secretary’s, who’s work behind the scenes is still voluntary and never ends – budgets, bookkeeping, accounts; minutes and communications. They deserve a lot more thanks than I think they ever get. Here’s to all the treasurers and secretary’s (loud applause)!

Having invested a huge amount into our profession over the years I have a lot of thoughts on where we have come to and where we are headed. As I’m sure we all do. Right now it feels like we have worked through a storm the last couple of Covid years, and now .. where are we?

I like to suggest that we have to really sit back and look at our profession against those who we want to sit alongside and who’s benefits we want to share, and work out we fit in to that modern day picture.

The Pilates method as it is today has the enormous benefit of sitting comfortably in both health and fitness sectors. Why choose one when both fit? We can continue to progress toward benefits and elevation of recognition if we can collectively realise the need to set standards for our modality that establishes it as a specific employment role within the allied health and fitness sectors.

The PAA has lasted for 20 years. That’s both a young association and one that has made a strong mark. If now iss the time to find new ways forward then it is poised well to do so and be a part of some much needed benefits for the future. 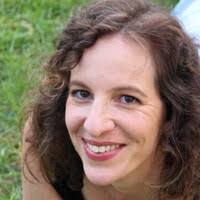 Hierarchy of Evidence – can you trust what you know? OUCH! Nearly 70% of Australians Are Sedentary or Not Exercising Enough